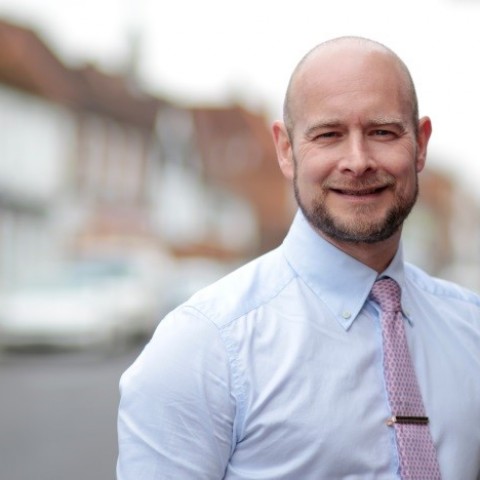 Paul is a Member of:

Paul is Chartered Quantity Surveyor at Thomas Sands Consulting who specialises in providing construction contract advice and solutions, drafting claims for variations and loss and expense, provides expert witness quantum and liability reports and party representation in adjudication and mediation. Paul is a highly sought after dispute resolver who sits on the RICS President's Panels of Commercial Mediators and Construction Adjudicators.

Paul has spent his entire working life in construction. He began working for a construction business in 1994 working on a range of domestic, commercial and industrial projects. Paul quickly moved into a managerial position supervising small to medium sized sites, organising and controlling labour and plant resources. Paul’s work progressed to managing a number of larger projects, managing many new-build homes, civil engineering and industrial projects including mechanical engineering (M&E) installations. Paul’s work spanned from the creation of tenders and estimates, the management of live projects, the valuation of interim applications and agreement of final accounts.

Through both his quantity surveying practice, management of construction projects and academic and professional education, Paul has gained expert knowledge of construction, standard forms of contract, contract and construction law together in the negotiation and resolution of construction disputes.

"Mr Whittle conducted himself professionally in all respects, and I found him to be an effective mediator. In particular, I recall that he was able to insire trust and confidence in my lay client and was comfortable talking about the technicalities and commercial realities of the underlying construction dispute. I would not hesitate to recommend Mr Whittle to act as a mediatoir in any case in which I was a representative." John Jessop, Barrister at 3 Paper Buildings, London."

"I was instructed as advocate at a mediation conducted by Paul. I was impressed by the way in which he quickly established a business-like rapport with both the lay clients and professional advisors. He had evidently prepared well well for the mediation and had a good grasp of the issues. As the day progressed he he made good use of a range of mediation skills and techniques, such as "reality testing" the clients. I would be happy to use Paul as mediator again, partticularly in construction related matters." James Fryer-Spedding, Barrister at 9 St. John Street, Manchester."

2015 – 2017 Pupillage under the Worshipful Company of Arbitrators – mentored by Finola O’Farrel QC of Keating Chambers in arbitration and adjudication.

Fellow of the RICS

Member of the CIOB

Fellow of the Chartered Institute of Arbitrators

Member of the Society of Construction Law

Member of the Adjudication Society


Paul is married with two young sons. Paul has an interest in many sports but especially golf for which he is a past county champion.