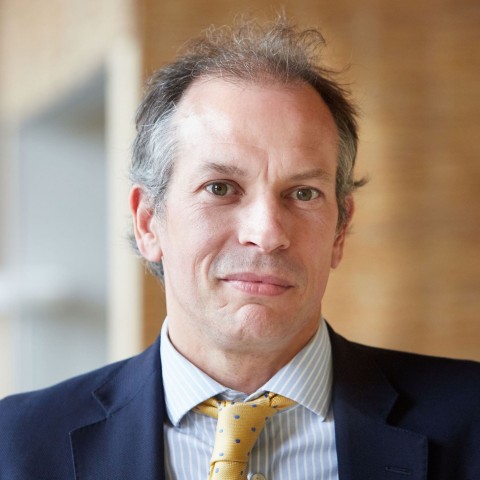 Richard is a Member of:

Richard is a barrister (called 1999) and as well as being an ADRg accredited mediator he is a member of the Chartered Institute of Arbitrators. He has a broad common law background, and particular experience in construction law, regulatory law, local government law, and land, leases and trusts. His manner is approachable and pragmatic (as a barrister he is Direct Public Access Qualified).

Richard has had a varied and interesting practice beginning in a large common law set where he practiced in areas as diverse as family, immigration, mental health, special educational needs and community care before focusing his career on Public Law, land and trusts law and commercial work, including construction. He is currently Head of Chambers at a modern niche set based in Fetter Lane.
This broad legal background informs his approach as a mediator, whilst never offering advice he is able to reality test a party’s proposal from a position of knowledge.

Although a barrister Richard is Direct Public Access Qualified and having spent some years working in the social welfare legal fields has an easy and informal manner which most clients find reassuring.

As well as his mediation practice Richard continues to practice as a barrister and is a Member of the Chartered institute of Arbitrators in the Arbitration field. He has international experience having worked with advocates and solicitors in Malaysia and Ireland and continues to advise a firm of Italian Lawyers on aspects of English Law. He is regularly instructed in cases with cross-juristicional issues with India.
He is also the founder of a training company that has trained BBC (in Media Law) Lloyds of London (In Public Speaking) and Engineering and other firms in communications.

Recent mediations in which Richard was involved include:

A construction dispute between parties in France and the UK

A dispute over the family home and Chinese takeaway business between two brothers.

A dispute between a professional landlord and the local authority regarding road resurfacing causing flooding to the rental properties.

A dispute between Iranian family members over the ownership of a valuable London home, involving on and off shore trusts and low tax company structures.

A provision for family and dependants dispute between the son and sister of the deceased.

A construction dispute regarding the quality of works and delay in respect of stage 2 of a 5 stage planning implementation on a green field site.

A dispute between a former director of a groundworks company and the company regarding share rights and remuneration.

A dispute between landlord and commercial tenant regarding the status and nature of lease protection and extension.

A dispute between directors of a licensed railway maintenance works and plant hire business.

A tri party dispute with former directors of a company and HMRC regarding a failed Capital Gains tax avoidance scheme.

Feedback received from clients or representatives attending a mediation:

"Richard was fantastic, quickly grasped the issues and made helpful assessments of the important ones. This was a case where I definitely did not envisage settlement but with Richard's help we did indeed settle ! Brilliant mediator."

Richard was very helpful in drawing the parties to a point where an agreement could be reached. He was also very adept in dealing with various IT issues. Would certainly recommend.

"Richard is a fantastic mediator. I have employed his services on a couple of cases now, and feel his approach is structured and well thought out, whilst clearly being interested in the views of our clients. Both mediations I have had with Richard have been of great benefit in my cases, and I would not hesitate to recommend his services to my colleagues." (Solicitor in a construction dispute)

"If it's in my gift I'll instruct you for all my mediations" (Counsel at mediation).

"Your warm upbeat manner kept us here longer than we would have stayed otherwise and then we settled. We are very grateful" (Defendants in a family property dispute).

"I was very impressed with Richard's conduct and attitude throughout. He guided the parties to a settlement in difficult circumstances and they would not have managed that without him." (Solicitor in a Construction Dispute)

"Richard dealt with a relatively low value matter but which was particularly important to the parties effectively leading to positive result that both parties appeared happy with." (Solicitor in Breach of Fiduciary Duty Agency Dispute)

"Richard was excellent and a real 'breath of fresh air' dealt with frustrating occurrences perfectly; echoed the client's concerns and really got stuck in. Would have no hesitation in using Richard in the future"(Solicitor in Construction dispute)

"Excellent mediation. Thanks for all your effort on this."

"Really expert at dealing with the difficulties posed by Zoom Mediations. I do miss the face to face meetings but remote mediations do save considerable time and cost."

"Well prepared, with a good feel for the dynamics of the case, and did a very good job in getting movement from the other party at a time when that appeared unlikely" (Solicitor in Construction Dispute)

"Very pleased with how Richard resolved this. We had been trying to settle the claim for months. Not sure what magic he worked in the other room to make them see sense, but well done!"

"On the morning the mediation was due to take place one of the parties was unable to attend. This was the second time it was cancelled and it was a 3 way mediation, with one of the parties insisting it went ahead. Richard managed this really well and it was because of his intervention that we were able to keep the mediation on track and re-schedule for another day." (Solicitor in Franchise Dispute)

"I'm so glad we settled, I didn't think it would be possible" (Litigation Partner in Solicitors' firm).

"I needed a lot of help with my client, who kept moving the goal posts, backtracking on offers and taking offence. Your persistent and patient explanations of the process and of the risks of his approach kept the mediation on track until eventual settlement" (Counsel at mediation).

"Thank you for all your help, we didn't settle but it was still worth mediating" (Claimant in commercial property dispute).