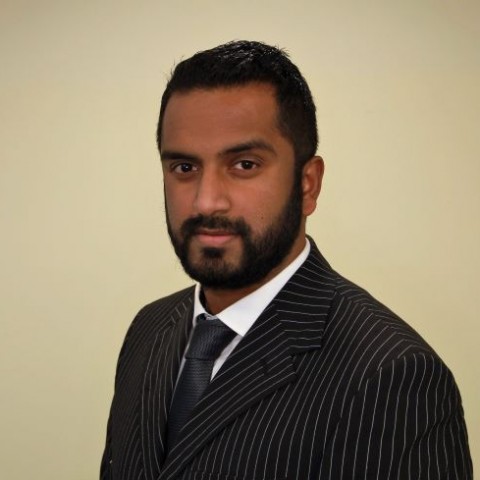 Samsud is a Pupil Barrister and is working under the supervision of Gareth Nixon-Moss. Samsud is exploring all areas of law during his Pupillage.

As well as being a Barrister, Samsud is also qualified as a Chartered Legal Executive (FCILEx) in the Supreme Court of England and Wales.

Prior to joining Clerksroom Chambers, Samsud brings a wealth of experience in the legal field having worked in top law firms doing pre-litigated and litigated cases, including trials and appeals to the High Court.

Civil Law/Personal Injury/Industrial Disease
Samsud has a wealth of experience in representing both the Claimant and the Defendant in cases such as Personal Injury, Employers Liability, Public Liability, Industrial disease, Group Action and RTA. Samsud has represented large corporate and insurance companies such as Axa, Aviva, QBE, Zurich, Capita, Armour and much more.
Samsud has the experience of drafting a Letter of Claim, Claim Form, Particulars of Claim, Defences, Witness Statement, Part 18 questions, Part 35 questions, Schedule of Special Damages, Counter Schedule, Standard Disclosure List, Applications, Submissions, Skeletons, Orders and more.  Samsud is highly skilled at negotiating and achieving settlement for his clients where possible.

Samsud has a substantial experience in preparation for trials and attended trials on Fast-Track and Multi -Track cases.  He regularly conducts advocacy in Court for hearings and applications.

Family Law
Samsud practised in Child Care Proceedings with Private and Public Law matters. He engaged in some matrimonial areas. Samsud attended Court and conducted hearings and the hearings included first appointment, case management conference, issues resolution and final hearing. The Courts include County Courts, Magistrate Courts or at times in Crown Court on regular basis and general administration tasks.
One of the most satisfying roles Samsud had to play was instructing a Q.C. for a High Court case at the Royal Courts of Justice. Samsud gained the benefit to work with the Court bundles from the start of a case right up to the final hearing. This gave Samsud the opportunity to work with other parties and other professionals which includes the Local Authority, Police and Expert witnesses. Samsud also had the opportunity to research and instruct experts on his own cases.

Samsud had the opportunity to do substantial legal research, drafting Court Orders, Witness Statements, Position Statements, Skeleton arguments, Chronologies and opinion writing. Apart from Court duties Samsud spent time seeing his existing clients and new clients who want his help when they have family problems. This not only gave Samsud the opportunity to meet them at his office personally, but he also represented them in Case Conferences, LAC reviews, Multi agency meetings, Professional meetings and Advocates meeting.

Achievements
Samsud organised a Multicultural Festival in South Wales and over 3000 people attended. Samsud was the host for the event. He promoted it in the press and media such as BBC 1 Wales, S4C and radio stations including BBC radio and the Wave. Samsud received praise for a high-profile event and was invited to attend the Queens garden dinner at Buckingham Palace and received an award.

We don’t have any client feedback for Samsud Alam at this time.

Samsud Alam is happy to accept instructions as counsel who is:

Outside of these key areas of law, Samsud Alam is always willing to consider any enquiry requiring the experience or knowledge needed to help you or your client. Please call Samsud direct or the support team on 01823 247 247 if you would like to discuss any aspect of this profile.