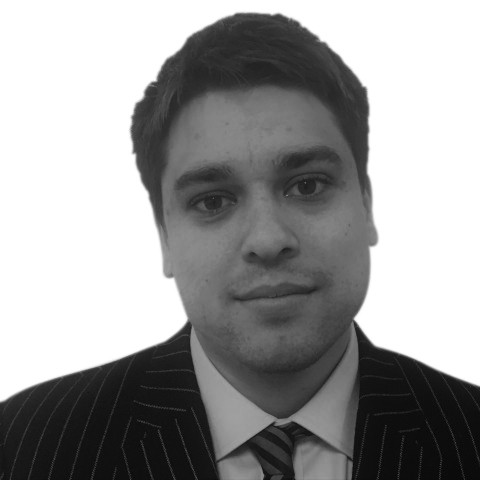 Owen Smith joins Clerksroom as a 2nd six (working) pupil Barrister on Monday 9th November and will be available immediately. Contact the clerks for more details or book online at https://online.clerksroom.com

As well as being a Barrister, Owen previously qualified as a Solicitor-Advocate and an Attorney in New York. In these roles, he has gained extensive experience of legal work particularly in financial services and banking, as well as an international and cross jurisdictional perspective. This also enables him to bring to the Bar an understanding of the need of professional clients instructing Counsel.

Owen has been instructed in a number of financial matters including working on large and complex regulatory mattes. Owen has been engaged in and worked on the defence of Deutsche Bank in investigations by the US Department of Justice (DOJ) and BaFIN, the financial regulatory authority for Germany. He has also gained experienced repapering derivative contracts following the introduction of Mifid II  (at Barclays and Citi Bank). Owen has also led a team of lawyers at HSBC engaged in a regulatory exercise that involved the engagement of the FCA and PRA, as well as interacting with both in house lawyers for the bank and senior management. Owen has also got funds experience having worked at DWS, one of the largest fund managers in the world with over 745 billion Euros in assets under management (as at 30 June 2020), in the ETF and passive legal team, where he worked on all aspects of fund management including advising on the establishment, re-organisation, registration and closure of funds. This also included working on service and supplier contracts. Most recently Owen has been working in the retail legal team of Lloyds Bank handling a large caseload of litigation matters.

Owen also has some experience of regulatory matters having worked for the London Fire and Emergency Planning Authority (LFEPA) where he worked on the prosecution of Southwark Council for the Lakanal House fire in 2009 which led to 6 deaths. The prosecution was for breaches of the Regulatory Reform (Fire Safety) Order 2005, for which they ultimately admitted liability. As a consequence Southwark Council was fined £200,000 and paying costs of £370,000.

Owen previously worked at the Serious Fraud Office (SFO), on a large and complex bribery and corruption case (SFO v Rolls-Royce Plc); a domestic and overseas joint investigation brought under pre-Bribery Act charges. This involved investigation and prosecution of offences including conspiracy to corrupt, false accounting and failure to prevent bribery. The conduct spanned three decades and involved Rolls-Royce’s Civil Aerospace and Defence Aerospace businesses and its former Energy business and related to the sale of aero engines, energy systems and related services. The result of the investigation was a Deferred Prosecution Agreement (DPA), believed to be the first of it's kind in the UK. The conduct covered by the DPA took place across seven jurisdictions including: Indonesia, Thailand, India, Russia, Nigeria, China and Malaysia and resulted in Rolls Royce agreeing to pay £497.25 million in fines plus the SFO prosecution costs of £13 million.

Outside work Owen is a keen amateur cook and likes going for walks in the countryside with his wife and daughter. Owen is also deeply concerned about the ongoing issues in the Democratic Republic of Congo (DRC) and volunteers for an organisation, H20 Congo, that aims to raise awareness of the issues involved in the mining of precious minerals in that country. In addition, Owen has an interest in history, politics and theological matters and is a member of MENSA.

We don’t have any client feedback for Mr Owen Smith at this time.