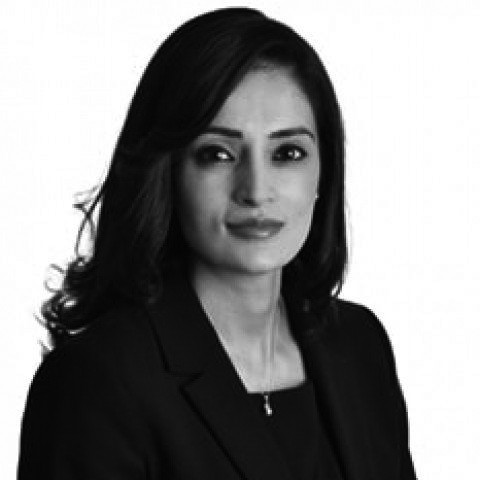 Sima Najma is a barrister specialising in Family Law both on a national and International level. Sima Najma also specialises in Immigration & Asylum cases as well as Human Rights on an international level. Given her dual practice areas, she is often instructed on cases that involve both a family law and immigration issues. She is known for her fearless and fiery approach in representing her client’s and does not shy away from heavy opposition. She gives realistic and practical advice from the outset but it not afraid to face a challenge and fight for her clients to the best of her ability.

Sima Najma specialises in Children cases with particular emphasis on cases involving serious harm, domestic violence, sexual abuse allegations, radicalisation and cases with an aspect of international abduction and relocation of children as well as matters relating to Immigration.  She is regularly instructed on fact find hearings/ trials and final hearings. Sima Najma represents both applicants and respondents. She is a strong advocate, and her submissions are often referred to as forceful and persuasive and put with a considerable degree of care and skill. She has extensive experience of proceedings at all levels up to the Court of Appeal with leading Counsel.

Using her advocacy and negotiation skills she often achieves a good outcome for her clients and provides realistic advice from the outset with an honest opinion. In trials, Sima takes a no nonsense approach and cuts through to the heart of the issues in the case.

Sima Najma also has a strong Immigration law practice involving asylum, immigration and nationality work ranging from first instance adjudication level right up to the Court of Appeal. this coincides with her family law practice. Her expertise covers both visa applications and immigration appeals involving the Points Based System applications. Her field of expertise also covers human rights, EU free movement legislation, immigration detention, deportation, illegal working and British citizenship. She has experience of judicial review work and has drafted grounds for reconsideration to the Tribunal. She also has experience of applying for emergency injunctions to duty High Court Judges over the telephone and has drafted grounds.

Sima is able to speak a variety of languages fluently such as Urdu and Punjabi. She is able to conduct client conferences and phone calls in these languages and regularly does so.

Sima is also frequently instructed to advise and appear in a broad range of civil disputes in county courts and High Court.  She has experience in all stages of litigation, from drafting initial statements of case to appearing at interlocutory hearings, trials and appeal. She has also continued to develop a practice in fast track and multi track trials. With vast advocacy experience, Sima is able to deal with more complex litigation where her thorough preparation is always an asset.

Sima may accept Public Access work, where she can be instructed directly by a member of the public rather than a solicitor. Sima prefers to work on a fixed fee for her client’s as she believes that her client’s affordability has to be respected as there is a need for them to have access to justice.

Sima Najma is happy to accept instructions as counsel who is:

Happy to Help in the following additional areas:

Outside of these key areas of law, Sima Najma is always willing to consider any enquiry requiring the experience or knowledge needed to help you or your client. Please call Sima direct or the support team on 01823 247 247 if you would like to discuss any aspect of this profile.