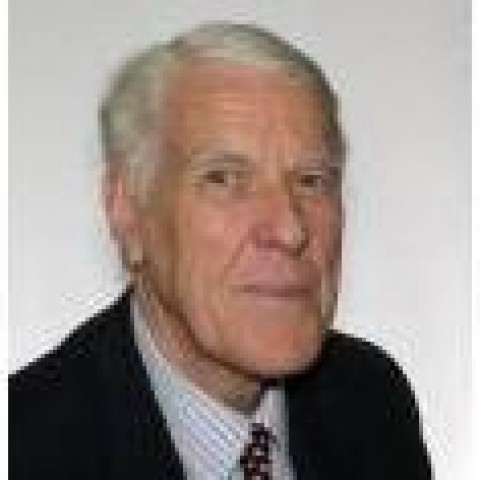 Peter is a Member of:

Sir Peter Cresswell has over 40 years experience of dispute resolution as barrister, QC, Chairman of the Bar and judge.

HE HAS CONDUCTED MORE THAN 115 MEDIATIONS SINCE HE RETIRED FROM THE HIGH COURT BENCH, WITH A VERY HIGH SUCCESS RATE.

He was responsible (as judge in charge of the Commercial Court in 1993/4) for the first and pioneering Practice Direction which encouraged litigants to consider mediation as an alternative to expensive and time consuming litigation.

He was judge in charge of the Lloyd’s Litigation (the largest piece of civil litigation in the UK).

He retired in 2008 at a relatively young age after over 15 years in the Commercial Court, to pursue his interest in mediation and arbitration.

He has been trained as a mediator by Clerksroom and ADR Chambers. Since retiring he has sat as a deputy judge in London and as a Judge of the Grand Court of the Cayman Islands.

Patron of the Society of Mediators

He is committed to the early resolution of disputes of whatever size and complexity, with minimum cost and delay.

Sir Peter's experience includes the following topics at every level of complexity:

Claims arising out of business, commerce and trade including claims relating to:-

1. insurance and re-insurance;
2. banking and financial services;
3. shipping and the construction of ships, oil rigs etc;
4. the exploitation of oil and gas reserves and other natural resources;
5. the carriage of goods by land, sea, air or pipeline;
6. the export and import of goods;
7. arbitration;
8. international disputes between states;
9. business contracts and documents;
10. Consumer credit
11. the operation of markets and exchanges;
12. the purchase and sale of commodities;
13. major construction projects/domestic and international;
14. business agency;
15. disputes concerning information technology.


Sir Peter is prepared to undertake all forms of mediation (including workplace mediation) here and overseas.

Personal
Peter Cresswell is a Deputy Lieutenant of Hampshire.
He was married for many years prior to his wife’s death (cancer).He has a son who is a banker.
He has been a Trustee of the Cystic FibrosisResearch Trust for many years. He has fishing interests in Hampshire and the Outer Hebrides and is a Past President of the Flyfishers’ Club.


Publications
Encyclopaedia of Banking Law 1982 – present (with others).


(1) "I wanted to thank you very much again for all of your handling of the successful mediation yesterday. We really appreciated the momentum you created and sustained, which was critical to the successful conclusion. This had been a highly contentious dispute, and the fact that a lot of that evaporated on the day was, we feel, significantly assisted by your steering of the day. I've handled numerous cases at mediation before, but rarely covered quite so much ground in so little time. Thank you also to everyone at Clerksroom for all the smooth practical arrangements".
Morgan Cole, Oxford

(2) "Sir Peter was excellent in the mediation. I would highly recommend him to anyone" Brian Barr Solicitors, Manchester.

(5)  “Sir Peter is one of the best mediators I have ever used; he has exactly the right approach to a dispute, very experienced and a pleasure to deal with. Overall rating 10 out of 10.

(6) Stephen Green of Pinney Talfourd LLP says “Sir Peter was suggested by a colleague in our firm, I would recommend him to others, his skill and ability was 10 out of 10, I was very satisfied with the costs of his service and I felt it was a very satisfactory outcome”.

(7) John Wiblin of Longmores in Hertford says “Sir Peter inspires confidence in clients. He is easy to talk to and listens carefully. Peter sees the nub of the problem quickly and is able to communicate with clients effectively and tactfully. I was impressed by Sir Peter and pleased with his performance which led to an excellent outcome. I was delighted with the outcome. I never cease to be amazed how parties seemingly at loggerheads show greater willingness to compromise when they are in mediation than any other time in the litigation process. I would recommend him to others”.

(8) Simon Barnett of Boote Edgar Esterkin says "Both Gary and I believe you were the best mediator we have had the pleasure of working with and I will certainly recommend using you again in the future".

(9) " Thank you so much for your invaluable help yesterday-if you were not the mediator the case would not have settled".

(10) Jonathan Whale of Phaidon Press says "Peter's manner and approach inspired confidence in the mediation process and he seemed to gain genuine satisfaction from facilitating the resolution of a long-running and emotive dispute. He did a first-rate job and I would recommend his services without reservation"

(11) Christopher Longden of Whitehead Monckton says "I was delighted with the way Sir Peter Cresswell handled the mediation. He had great authority and was highly skilled at manoeuvring the parties towards a settlement."

(12) Robert Bedford of Cubism Law says "both parties and their representatives took a commercial approach to the dispute; however, Sir Peter provided a very useful calm presence on the day and settlement would likely have been impossible other than via mediation."

(13) "Calm and thoughtful, gentle where appropriate and firm where necessary. Kept the momentum going and achieved settlement in a difficult dispute." Dorman Joseph Wachtel

(14) "Sir Peter Cresswell was superb. His vast experience and deft handling of the issues shone through. This greatly added to achieving the settlement . I have nothing to add in respect of your service which was excellent". Stephen Robins, Marlow Bucks.

(15) "Without Peter, this case would never have settled. I have used various mediators before who have been readily prepared to simply "shuttle between rooms" with revised offers, but Peter's approach is a very involved and personal one, which has been effective in the achieving the objective of settlement at mediation. His experience as a Judge has been invaluable, and provided a wonderful insight as to what a Judge may ultimately consider at trial, without bias to any party's position. I would strongly recommend Sir Peter Cresswell to all my client's in future at the ADR stages of their proceedings". Links Legal