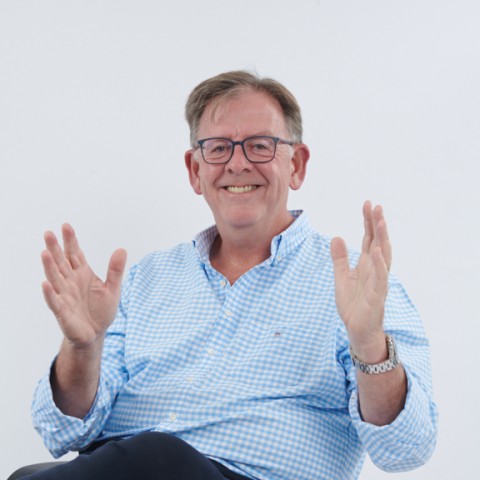 Shaun is a Member of:

Since qualifying as a solicitor as long ago as 1986, my legal experience has more or less been exclusively litigation focussed. I have seen clients spend literally tens of thousands of pounds on cases and often, even if they have won, been unhappy with the outcome. The reason for unhappiness is almost always cost related. A victory nearly always leaves the winner out of pocket.

I have been helping people resolve disputes through mediation for over 20 years. I qualified as a mediator in 2001, when I first became involved in community mediation on a pro-bono basis primarily dealing with neighbour disputes and anti-social behaviour cases.

In 2006, I was appointed as the lead mediator for Banbury County Court during the HMCS Mediation Week. Since 2006 commercial mediation has become more popular, however, I am firmly of the view it still has a long way to go.

I have mediated numerous cases both as a solicitor acting for my own clients and as a mediator resolving disputes between others.

I have acted as mediator on a wide variety of cases including: -

I essentially bring experience to the table. I listen and allow parties to be heard. I am not a judge and I do not act like one. I mediate in an informal and relaxed manner. I do not push the parties to meet with each other unless they wish to do so, and both agree. I am a firm believer that the parties control the process. I aim to be tough on the issues but soft on the parties. I strive to push the parties towards a settlement, after all, that is what I am getting paid for.

Based centrally in the Midlands I am mobile, working nationwide, north and south to offer impartial support and help clients resolve the conflicts they are faced with …one conversation at a time .

What the legal press has said

"Jardine takes his place in this year's table having earned praise for his ability to "provide commercial advice in an impartial manner." His mediation practice is predominantly focused on property-related disputes, mirroring his practice as a solicitor. He also regularly handles construction disputes".

The "outstanding" Jardine "tries to find pragmatic and commercial solutions to problems," acknowledge interviewees. Alongside his work as a litigator, his mediation practice incorporates property, partnership and professional negligence disputes.”

What the parties to mediation have said

“Your style is very effective because it is conversational, relaxed and puts people at ease” (CEDR Accredited Mediator and Trainer- Observing a mediation.)

“As a party I found your style very effective - direct, positive and deft”
(Litigant in person- commercial dispute)

Harriet Lodge, Lecturer in Law said, following a Coventry University event:
“The students all really enjoyed it and the two students that you were working with during the role play exercise, said how much they valued your input. If possible, I’d like to book you again for next year!”

Extract from letter sent by a solicitor to the court “I want to notify the Court how impressed I was with the service provided by Shaun Jardine and the professional and expert manner with which he dealt with the case...the dispute between the parties was a very difficult one to resolve with a number of complicated allegations and concerns…Mr Jardine dealt with the case extremely professionally and brokered an acceptable agreement.”
(Oxfordshire in-house Solicitor)

“The mediator could not have done anything better- performance rated 4/5.”
(Solicitor- Banking dispute)

“Good rapport building skills and very good presence, people listen to him very well. He has a good tone of voice and excellent hand gestures…his track record for settlement is likely to be second to none.”
(Observer-Buckinghamshire Solicitor)

“Shaun was friendly, and he kept things simple. Rated 5/5.”
(Director of Commercial Company- a litigant in person)

“Approachable yet able to deal directly with issues at the heart of the case. Mediator rated 5/5.”
(Oxfordshire Solicitor- building dispute)

“Rated 5/5.  Put us at ease and had a friendly and approachable manner. Got up to speed with facts and issues in dispute very quickly”
(In house lawyer – Contractual Dispute)

Rated 5/5 “The mediator was excellent, and we are certain tried his level best”
(Parties to a service charge dispute via LawWorks)

“I have only good things to say about your performance - I get the impression you had a pretty tough crowd yesterday, so I was very impressed that you managed to get a result.” (Oxford Solicitor- Partnership dispute)