Harry Hodgkin is an experienced High Court advocate who deals with corporate, commercial, contractual and property transactions and litigation.

He is also a mediator.

He is Head of Chambers at Clerksroom

He is a team player who enjoys working with lay and professional clients to identify and resolve problems in a way that is best suited to the client's needs.

He speaks plainly, adopts a confident and pragmatic approach to cases, prepares cases assiduously and is an effective and well-established senior advocate.

A company director himself, Harry knows the mechanics of business, commercial negotiations and contractual detail. The companies of which he is a director are concerned with the provision of legal services in modern and cost efficient ways.

He has served on board of the Civil Mediation Council, the Civil Justice Council and for the Department of Constitutional Affairs.

On a personal level, Harry is married and enjoys being Dad. In his spare time he paints, goes mountain walking with his dogs, and studies Near Eastern ancient history. He loves opera and baseball.

“Harry [Hodgkin] took on our brief and responded quickly with all the skill and expertise required. He was quick to appreciate and deal with the commercial issues involved, which were of paramount importance to us. ”

“I have instructed Harry [Hodgkin] for a number of years. He is an excellent advocate with great courtroom presence. However, it is Harry's work outside court that particularly sets him apart. He is very quick to grasp the legal and factual issues. His rapid and accurate assessment of practical and commercial considerations allows cases to progress on a realistic and sound footing with an increased likelihood of settlement. He is accessible and personable both with professional and lay clients. ”

“Harry Hodgkin's extensive knowledge of the law, applied to the highest professional standard, has enabled me to take my commercial litigation practice to new levels. Harry has that rare ability of being able to dissect the most daunting legal issue, and make it appear effortless. ”

“Harry Hodgkin represented one party in a difficult mediation in an exemplary manner. A settlement of the complicated dispute followed as a result of his helpful, sensible and practical approach. ”

“Harry [Hodgkin] did a fantastic job on our behalf. We were amazed how he managed to get his head around all the facts in such a short time scale.”

The effect of serving a notice to complete and making time of the essence of the contract can be misunderstood, as this case illustrates. Service of a notice to complete does not make time of the essence on an ongoing basis. Service of a notice to complete fixes a date for performance. Failure to perform by the date that has been fixed constitutes a repudiatory breach of contract. The innocent party can elect not to accept that repudiation and so the contract continues. The basis of that non-acceptance may be that a new date for completion is agreed. Whether time is of the essence in relation to that new date will depend on the facts and the basis upon which the new date is agreed. The defaulting party cannot unilaterally re-write the terms of the agreement, for example, by offering late performance. 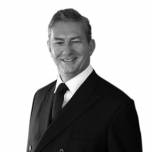