Married with 2 grown up boys. Additional roles held include: Past Chairman of the Orchard FM Charity Trust, Past Non-Exec Director of Orchard FM, part of the GCap Media Group (Now Heart FM), Past Chairman of Wellington Round Table and Past Group Chairman of the 1st Wellington Scouts.  A committed charity worker and fundraiser who enjoys the community side of life. Past board member of  Mediation Somerset. A self-confessed I.T. & Internet enthusiast. Completed 18 marathons for Headway. Pleased to have raised over £30,000 for Headway through various charity events. England, Arsenal & Yeovil Town supporter. Current member of Wellington 41 Club (ex Round Tablers). Past non-exec Board member of Trusted Litigation Capital. Volunteer advisory board member of ODRO (Online Dispute Resolution). Registered Drone Pilot and a keen amateur drone photographer. 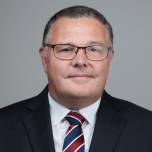