Dr Michael Powers QC is leader of the Clinical Negligence Group at Clerksroom and acts on behalf of both claimants and defendants.

He has had 40 years’ experience at the Bar in all areas of medico-legal practice focusing on medical, scientific and legal causation. He has published, lectured and broadcast widely on medical negligence. As a strong supporter of the NHS Dr Powers advocates constant attention to standards of practice and an open system of accountability when things go wrong.

Too many lives are lost through clinical negligence and lessons still need to be learned. For many years before the Mid-Staffordshire NHS Hospital scandal, he campaigned for “Robbie’s Law” – a legal duty of candour in the NHS. Until healthcare workers learn that cover-up is worse than owning-up, we will have to continue to employ the legal machinery to unearth the truth. This process is in the interests of patients and the general public.

His other main interests as a medical negligence QC relate to the investigation of deaths (coroners and other inquiries). He has represented the Fire & Rescue service at inquests, the pharmaceutical industry with regard to product liability and licensing and all types of cases (civil and criminal) where scientific principles are involved. He lives up to his Chambers & Partners recognised reputation as being “first-rate on technical evidence.”

As a former helicopter pilot, Dr Powers is instructed in civil and criminal aviation cases. His instructors used to tell him that helicopters are the safest means of air transport – maybe, he says– but it depends on who flies and maintains them.

As a trained and accredited Mediator with the Notre Dame School of Law (2000) he mediates principally in professional negligence matters, though he has experience mediating in marine and aviation cases. As an arbitrator, he has recently concluded a 2 year international commercial arbitration which involved a substantial dispute on technical matters.

He has an extensive practice in the Caribbean and he has conducted cases in the Isle of Man and Mauritius and an inquiry in the Channel Islands.

Education in medicine and the law is vitally important to Dr Powers.  He remains a Registered Medical Practitioner and is a lead examiner for the Primary Membership of the Faculty of Forensic and Legal Medicine of the Royal College of Physicians. On the legal side, for many years he has been a grade A advocacy trainer/tutor trainer and he seeks to improve the skills of advocacy of young barristers in England, Wales and abroad.

Practising at the Bar as a medical negligence QC, Dr Powers is committed to helping all those who seek justice and accountabiiity.

He was elected a Bencher of Lincoln’s Inn in 1998.

Dr Powers's personal life is intrinsically woven into his professional life and the activities of a practising clinical negligence QC. Whilst not shunning the social media, his inputs have been conservative and designed to exchange ideas and news which might be of value to friends and professional colleagues.

Music is an important part of his life. He plays the piano (Fazioli and Bechstein grands) but prefers to listen to the better performances of others.  Reading both medicine and law is a necessary and time consuming part of a medical negligence QC’s life. Nevertheless, when time permits, reading for pleasure is a delight for him - provided the prose is cultured and the subject interesting.

With a home on the river Tavy on the western edge of Dartmoor, Dr Powers encourages visiting legal teams and experts to participate in the local outdoor life. Keeping the mind alert through exercise and discussions about the angles in a case whilst walking is invaluable.  The boot was on the other foot when he was prosecuting a helicopter case for the SPA when his team wanted to go on what he termed "route marches" on the moors.  He does not profess the fitness of servicemen and women but maintains that exercise is good for the thought processes: “bath time” as it is otherwise known.

Photography is a passion of his.  After many years a Canon enthusiast he has reverted to Leica now that digital perfection can be matched with the world’s best photographic lenses.  B&W portraits are a particular interest and he is being drawn back into analogue (chemical) photography.

Lincoln’s Inn is a fundamental part of Dr Powers's life. Enthusiastic involvement in the collegiate life, education, ethics and advocacy training is a privilege.  The cameraderie of the Bar provides an environment in which there is enjoyment in the stimulus of learning from each other.  He is active in supporting those who aspire to practise in the profession.

A long interest in wine led to Dr Powers to being intronisé vigneron d’honneur by la Jurade de Saint-Emilion in September 2012: it ensures regular visits to the Bordeaux region.

He has two children, both of whom are married. His son Andrew and his wife Cassie have a daughter (Abigail) and his daughter Julia and her husband John have given him a grandson (Robert).

Last but not least Dr Powers is fortunate to have a wife who not only tolerates his interests but becomes involved with them. He shares interests with her – even to the extent of Pamela also qualifying as a helicopter pilot.  Her qualities of patience, care and tolerance support him when he is most under pressure.

Other areas of practice include:

All work where significant medical causation issues arise such as chemicals used in industrial processes. Professional negligence associated with the conduct of medical cases.

Significant Coroners' Inquests (particularly helicopter tragedies and deaths alleged to have been caused by drugs or chemicals) and Judicial Review.

President of the South of England Coroners' Society 1987/88

Past Member of the Bar Standards Board BPTC Committee

Society of Doctors in Law

Improving the quality of medical practice and advocacy at the Bar;

“I have worked with Dr Michael Powers QC over the last 8 years or so on a number of difficult and challenging cases. Both I and my clients have always been most impressed with the service that we have received. Whilst clearly Dr Michael Powers is an eminent QC he is always approachable. He has represented several of my clients at lengthy and difficult Inquests. During these he has shown enormous sensitivity to the families. He is a first rate advocate. His attention to detail is “second to none”.”

“'The 'sharp-minded' Michael Powers QC at Clerksroom wins accolades for his medical background and prowess.”

I have written many articles on medico-legal subjects. My first publication, as a young co-Author of a biochemistry paper was "Hydroxylations of aromatic amino acids mediated by a tetrahydropterin" Biochimica et biophysica acta {Biochim-Biophys-Acta} 1970 Dec 29, VOL: 222 (3), P: 606-10, ISSN: 0006-3002.

The more prominent other publications are:

Co-Author of "Thurston's Coronership: The Law and Practice on Coroners" (1985) Longman Law, Tax and Finance

Specialist Editor: Coroner's Law in the Justice of the Peace Reports (1985-1990)

Chapter in "Consciousness Awareness and Pain in General Anaesthesia" Butterworths (1987)

Chapter in "Rehabilitation of the Physically Disabled Adult" Stanley Thornes (1997)

Chapter in "Acquired Damage to the Developing Brain" Arnold (2002) 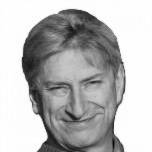