A member of the Fast & Multi-Track Advocacy Team at Clerksroom, Nicholas has a wealth of experience. He lives in West Sussex, covering the County Courts and the High Court in London, and the South East across the south coast down to Bournemouth. Nicholas is happy to travel to any UK court for a fast or multi-track hearing.

An advocate for 35 years, Nicholas first qualified in New Zealand where he practised as a barrister and solicitor. In the mid-1980s, he moved to Melbourne where he was admitted to practise and became an Associate in commercial litigation for a large American law firm. In 1988, he arrived in London where he was again admitted as a solicitor and worked in the construction litigation departments of two leading firms before undertaking pupillage and being called to the bar in 1992. Nicholas continued to work in London chambers until 2004 when he joined Clerksroom.

Nicholas has, by design, a wide-ranging general civil and commercial practice.  The following is an illustration of his recent experience:

Nicholas has regularly appeared in Employment Tribunals and has also appeared at the EAT. He has acted for individuals, companies, and local authorities for claims involving:

Nicholas advised and appeared in numerous cases in the mid-90s arising from allegedly negligent valuations and appraisals by valuers and architects. More recently, he has acted on behalf of a large building society in cases arising from multiple purchases and valuations.

Nicholas has considerable experience advising and appearing in (mainly) commercial tenancy disputes, including:

Nicholas has advised and appeared in cases concerning the ownership of horses and claims about horses under the Sale of Goods Act.

Nicholas is the organiser of the (BE affiliated) Rackham Horse Trials, and thus has both a personal and professional interest in horses.

“Nicholas {Dugdale] was at his very best on Friday at the RCJ. As a result we won the application for leave to appeal and the appeal itself. I know that I can always rely on Nicholas in the most challenging circumstances and Friday was, for Connells, a difficult hearing. HH Judge Hand QC was listening to every breath of Nicholas’ advocacy and his usual meticulous and forensic approach to the facts, the law and the CPR was clearly evident and was the reason for our winning the day. Thought you should know that Connells appreciates the service provided by Clerksroom. ”

“[client] was most impressed by your [Nicholas Dugdale] competent assistance and the outcome. ” 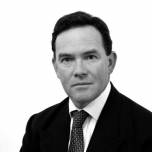