Bilal completed his practising pupillage under the supervision of highly experienced commercial barrister, Mr Tahir Ashraf. He read Law at University, following which he was called to the bar in 2013 by the Honourable Society of Lincoln’s Inn.

Prior to joining Clerksroom in 2021, Bilal was Head of Costs at a leading national costs firm. During his tenure, Bilal was responsible for leading a successful team of solicitors and senior costs draftsmen and played a pivotal role in the rising success of the company, building a brand that was synonymous for quality and professionalism. He was regularly instructed on many notable and high-profile matters, often involving multi-million pound cases.

Bilal has a wealth of successful advocacy experience (in-house and freelance work) which can be attributed to his technical prowess, competitive nature and fighting spirit. He regularly appears in County Courts across the country and has also appeared in the High Court (SCCO). He is a fierce negotiator and is highly regarded for his specialised expertise.

Bilal has undertaken various bespoke commercially focused courses adapted from international business schools including Harvard, INSEAD and London Business School. These experiences, combined with his role as Head of Costs, help him to understand the pressures and challenges which solicitors face, enabling him to provide practical and commercially viable solutions.

Additionally, Bilal is very passionate about training and has spent a lot of his career mentoring and coaching junior staff members, providing procedural support and continuously monitoring the quality and accuracy of their work.

Outside of work, Bilal is a talented dancer, having performed at several national events. He is also a skilled pianist and enjoys a varied taste in music ranging from classical to rap. Bilal takes a keen interest in cricket and the fashion industry, having fought strong competition to win several ‘Best Dressed Awards’!

We don't have any client feedback for Bilal Hanif at this time. 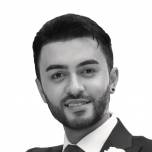