Classed as a ‘heavyweight’ by The Lawyer magazine, Chima is a highly experienced Barrister with a versatile civil and family practice with over 30 years of combined legal expertise in the UK and Nigeria.

Dual qualified at both the English and Nigerian Bar, Chima regularly appears in the Civil and Family Courts in the UK and Nigeria, has extensive experience representing clients in complex cases in the English High Court and the Court of Appeal, and has appeared in the Judicial Committee of the House of Lords.

Chima has a strong civil practice focused on property and commercial matters and he is also experienced in family and public/immigration law, especially where there is an international element.

As an accredited expert on Nigerian Law, Chima has been involved in many cross-border cases between Nigeria and England and regularly prepares expert reports on Nigerian Law for use in the English Courts and gives expert evidence on Nigerian law at English Crown Courts. He is a member of The Expert Witness Institute and a full member of The Academy of Experts as a Nigerian Barrister.

Based in Nigeria, Chima frequently travels to London for interlocutory hearings, case and costs management conferences, trials and appeals, as well as appearing in English courts remotely from Nigeria. Thanks to technology, he can work effectively from any location and liaises closely with clients and solicitors in England, holding remote conferences via video and phone, receiving instructions, and drafting court documents. He has represented clients based in many locations throughout the world and clients often comment on his accessibility, speed, and accuracy of his work.

“Mr Umezuruike has made a number of detailed submissions to the court, both in writing and orally. These submissions were not only thorough but extremely clear and competent. First of all he identifies the issues. At the forefront of his argument he places the issue of whether or not the claimant has established that the deceased had an English domicile of choice”

Extract from a Judgment given by Mr Justice Gibbs

Chima advises on a wide range of commercial and residential property rights and disputes. He deals with disputes over ownership of property, rectification of entries in the Land Register, easements, renewal of commercial leases, forced sale, applications for relief from forfeiture, landlord and tenant issues and obtaining injunctions to restrain the unlawful eviction of tenants and all rights affecting property.

Chima specialises in commercial disputes involving breaches of contract, allegations of breach of fiduciary duties, constructive trusts, quantification of damages in breach of contract cases, and freezing injunctions. He often deals with cross-border cases where the proceedings are pending in England, Nigeria and other jurisdictions.

Chima has acted for numerous clients in high-value divorces cases involving England and Nigeria that deal with complex issues of the English courts having jurisdiction over such proceedings, the most convenient forum for the entertainment of the proceedings, the validity of marriages and divorces and cross-border child arrangements.

He has also challenged the decisions of local authorities in matters like allocation of council accommodation, granting and revoking licenses to operate nursery schools and old people’ s homes. He has also been involved in disputes over the entitlement to bury people.

Chima also advises clients on how to make visa applications, particularly those applying from Nigeria to the UK, completing visa application forms, preparing covering letters to support applications to the British High Commission and applications for judicial review where applications have been refused and representation at immigration tribunals.

Chima heads up Clerkroom’s Nigerian Law Group and has been involved in many cross-border cases between Nigeria and England. He specialises in providing expert advice on cross-border matters between the UK and Nigeria, be that property, commercial or family law for businesses and individuals with interests or family ties to Nigeria. He regularly prepares expert reports on Nigerian Law for use in the English Courts and has given expert evidence on Nigerian law in trials at English Crown Courts.

He is frequently instructed to prepare expert’s reports on Nigerian law (especially, on the validity of customary and statutory marriages, financial relief in matrimonial cases, custody of children, costs and length of litigation, enforcement of foreign judgments in Nigeria, succession, property law, criminal law, constitutional law and commercial law) for use in the County Courts, High Court and Court of Appeal of England and Wales.

Examples of his cases include:

“'I must say that the legal advice and opinions of Chima demonstrate insightful and profound knowledge of Nigerian law, well researched not only in the aspect of the substantive law, but also practice and procedure.'”

“The Validity of a ceremony of a Nigerian Customary Law Marriage Celebrated outside Nigeria or in Nigeria but Outside the Bride’s Place of Domicile” (published in www.umezchambers.com) 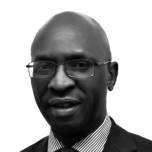