Haresh has a unique skillset which makes him the perfect fit for a variety of Public Access work as well as Solicitor instructions. Before joining the Bar, Haresh qualified as a Solicitor and subsequently a Solicitor Advocate at one of Nottingham’s best regional Law firms; Smalleys Solicitors. Consequently, Haresh understands the importance of tailor-made client care which he provides through the use of his spoken languages (Spanish, Hindi & Punjabi and intermediate Italian and basic French) and by conducting home visits. Haresh offers his legal services to clients all over the U.K. (particularly the East Midlands) and Andalucia (Spain, particularly Sevilla). Haresh is also authorised to conduct litigation which means he can provide a cost effective service with 2 in 1 legal services, including, preparation and representation with sound advice along the way.

Haresh’s practise is drawn from his personal and professional experiences as he has a wide understanding of various industries in which he has either worked or continues to work. For example, Haresh has 12 years teaching experience of, English, Modern Foreign Languages and Law. He has also worked in a hospital teaching, and consequently, he has advised many people from the education and medical world and advised many medical professionals such as nurses and doctors. Furthermore, Haresh has extensive experience in the Media world as he has worked as a Journalist for BBC and a Professional Actor in London and performed/written comedy. During these experiences he has advised on performing contracts, censorship, films, defamation and freedom of expression and more . Haresh is also an avid documentary film maker and recently graduated with a distinction in his MA in filmmaking from filmschool at Sheffield Hallam University learning about the legal issues concerning film companies and film makers. His first debut film recieved multiple awards around the world called 'My Nieces Big fat Dehi Wedding' which with a nationwide red carpet cinema release at Arc Cinemas followed by a global release on Paus.tv.  He therefore takes instructions on film law also. Furthermore, Haresh has spent the last two years researching on the legal issues concerning the adult industry and now offers advise to people working/offering services within this industry on a direct access basis.

Awareness and Charity work: For 25 years since the age of 17, Haresh and his friends have been involved in a number of Human Rights, Equality and Charity projects and raised more than £10,000 for a variety of causes. Between 2007-2022 one of their projects he continues with is called ‘Give Yourself’, whereby Haresh donates his hair for a wig to be made for children who undergo chemotherapy. Haresh has made 5 donations over the last 15 years. Haresh also reports on local events to hospital patients on Millside Radio based at Kings Mill Hospital, Mansfield Millside Radio.

Haresh currently sits on the Policy and Editorial Board of Counsel Magazine. He is also a member of the Bar European Group, Employment Law Bar Association and the Criminal Bar Association. In 2001, Haresh was awarded an accolade as Tomorrow’s Lawyer in the Times Newspaper National Student Awards, and in 2002 he was shortlisted in the GG2 diversity and leadership awards. In 2004, Haresh was invited to be part of Her Majesty’s Judging Panel for Unsung Heroes. In 2010, he was recognised in the Law Teacher of the Year Awards by Oxford University Press.

Interests: Haresh is an avid runner and swimmer and also enjoys writing and writes legal articles on 'Lexology;. Haresh has contributed articles on discrimination and equality in magazines such as the Parliamentary Monitor, and his dissertation is archived in the library of the European Court of Human Rights in Strasbourg which covers the subject of Freedom of expression Vs privacy dealing with the Article 8 and 10 clashes of the ECHR. Haresh also writes comedy poetry on his blog called 'Haso'.

“I recently had need of Haresh's expertise in a small claim. I was more than satisfied with the help that he gave me, in fact I would go as far as to say that I wouldn't have had the success I did, without him. His tenacity and professionalism won the day. His calm, sensitive approach puts you at ease in an otherwise stressful situation. I would recommend him to anyone in need of some legal help, whether it's advice or representation you're looking for, he's your man! ”

“I had been recommended to Mr Haresh Sood by a member of my family and a family friend who had both used Mr Sood to help them with their workplace issues. My Union was ill equiped to help me with my particular work situation, but Mr Sood took my case on. He was incredibly empathetic and sympathetic but more importantly, helped me to resolve my work problems to my satisfaction”

“We consider ourselves lucky to have found Haresh. He has helped our family on more than one occasion, always going out of his way to make sure we fully understood the issues he was helping us through with clear explanations and genuine empathy. As well as being an expert in his field he is one of the nicest people we have ever met.” 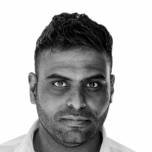