A multi-award-winning commercial barrister with a business and property contentious and advisory practice. Tahir Ashraf cross qualified and worked as a commercial Solicitor-Advocate too. This has given him a unique understanding of the challenges faced by professional and lay clients.

Appointed as an Editorial Board Member of the esteemed LexisNexis Butterworths Journal of International Banking and Financial Law (JIBFL) in November 2015, Tahir advises, provides advocacy, compliance and drafting services as a barrister or as part of an in-house team in banking and financial services related matters. Tahir also advises on corporate governance in international financial compliance and regulatory matters as well as finance sector disputes. He has also has an interest in investment banking which has recently focussed on Green Bonds as well as Islamic Bonds, in particular in the transport infrastructure and energy sectors.

Tahir has also published in JIBFL in Islamic banking and the applicability of the Bank Recovery and Resolution Directive (BRRD 2014/59/EU) on bank solvency related to sukuk as well as most recently in green bonds and the ability of debt and capital to be written down for bank recovery. Recent work includes advising on KFW development bank funding of international infrastructure projects. This includes negotiations on financing agreements.

Tahir also has experience in matters including enforcement and / or setting aside of mortgages, guarantee agreements, loan agreements. Tahir also brings his cross-disciplinary as well as cross-border experience in company commercial and insolvency matters to the fore within the finance arena as an asset.

Investment Banking and Islamic Finance
Tahir’s Islamic Finance practice covers different aspects of Sharia compliant transactions which include advice on sukuk and murabaha issuances. Tahir has also written on the potential impact and unintended consequences of EU Bank Recovery and Resolution Directive on Islamic investment banking transactions, in particular Sukuk financing. A short article on which is published in the JIBFL, in September 2015. Tahir has a particular interest in Green bonds and advises on the creation of sustainable clean transport infrastructure bonds for international transport infrastructure projects, particularly within the EMEA markets.

Experienced in high-value cases, Tahir has advised on the £50m acquisition of a luxury hotel brand, as well as worked with High Net Worth clients and Independent Financial Advisors on arbitration and on appeals against arbitration awards.

Tahir also advises in the specialist area Islamic Finance including different aspects of Sharia-compliant transactions and advice on sukuk and murabaha issuances.

With a particular interest in climate change laws and transport-related air pollution, Tahir has advised on international collaborations and joint venture projects on power generation, energy and fuel efficiency which have also had regulatory, compliance and investment banking elements.

Tahir has advised and represented on a range of Planning issues including appeals, compulsory purchase and planning enforcement notices, in respect of commercial property, industrial property and rural/agricultural land.

Tahir acts in EU and Public international law in respect of the relationship of States with one another. Instructions have included addressing the question of State immunity and diplomatic immunity in particular concerning actions of State officials.

Tahir’s property practice consists of advisory and litigation matters concerning a variety of Land and Property issues including Trespass, Wrongful damage to property and demolition, Service charges, Resulting and Constructive trusts, Breach of covenants and Insolvency and Restructuring in a Leasehold context.

With a background in Insolvency law, Tahir has advised and acts in matters including Statutory demands, Undervalue transactions, Misfeasance in public office, Intention to defraud creditors, Trustee claims, Setting aside bankruptcy petitions and judgments, Creditor petitions, Winding up petitions and Applications under s366 of IA 1986 private examinations.

Tahir was retained as sole Counsel by a London Borough for advice on its assets following an Administration Order and appointment of Administrators of a national car parking group in respect of a large multi-storey car park where the annual rent was just under £1m.

Tahir has worked for celebrity clients in the music industry from advising on business structures to litigation in court following the break-up of a very successful band of the 2000s.

Tahir is also choice Counsel in cases involving matrimonial finance on the separation of parties. His recent cases include advice and representation on applications under the Matrimonial Causes Act 1973, such as Property adjustment orders in connection with divorce proceedings, Child Arrangement Orders, advising on interim arrangements applications and dispute resolution hearings. Tahir is available for instruction on the above and of course on ancillary reliefs proceedings.

Tahir’s introduction to law came during journalism training at the BBC in the 1990s. Tahir was thrust into voluntary interpreting which became the eventual springboard for a legal career.

After completing the academic and professional stages of qualification, Tahir trained in part at The Insolvency Service where he developed a passion for insolvency law. Tahir went on to train in commercial, insolvency, employment and property matters at chambers in the Temple area of London.

Given the changes in the Legal profession, Tahir decided to develop an additional skill set and cross qualified as a Solicitor-Advocate at a commercial litigation firm. There, Tahir focussed again on insolvency, employment and commercial matters with an emphasis on litigation and dispute resolution, until 2013, when he joined Chambers at Gray’s Inn. In 2016, he founded a set of specialist commercial Barristers at 5 Chancery Lane. Since 2015, he is a part of the editorial board at the LexisNexis Journal of International Banking and Financial Law.

“Tahir is very personable, calm and empathetic, a barrister of the highest calibre. He is professional, attentive and tirelessly dedicated. He gets his client thoroughly involved in the process and preparation for the case, which has the added value of helping the client understand the stage by stage process. His approach, analysis, applied logic and attention to detail, mark him as a master strategist. A valuable asset in any situation.”

Alongside his passion for the law, Tahir is known as “The Singing Barrister” and has an active interest in the creative arts. He is an actor, songwriter, presenter and performer. He currently hosts his own drive time radio show on current affairs and human-interest stories and has performed in theatre productions, TV shows, as well as feature films.

Tahir is happy to accept instructions as counsel who is:

Outside of these key areas of law, Mr Tahir Ashraf is always willing to consider any enquiry requiring the experience or knowledge needed to help you or your client. Please call Tahir direct or the support team on 01823 247 247 if you would like to discuss any aspect of this profile.

“Tahir was absolutely outstanding throughout my case and very professional and cared so much about my case by treating it as his own. Tahir [and his team] kept me updated with progresses and set-backs, and paid attention to every detail. This made me feel very confident during the process that I was going to get a positive result in the end.”

“Having sought advice in respect of two matters a private limited company and commercial property dispute, I was pleasantly surprised by the extent of urgency and personal touch provided, which made me feel that my problem was made his own.”

“Terry is an excellent communicator and provides a first class service. He gives you more than you expect, is very trustworthy and extremely helpful. His easy going character makes him a star around people and above all you can feel that he is very dedicated to his work.”

“Tahir has worked very hard on a complex insolvency claim and drafted some great documentation.”

“Tahir is very personable, calm and empathetic, a barrister of the highest calibre. He is crystal clear about the relevant issues and helped me enormously to clear the mists. I felt thoroughly supported through each step of the process. His insights get to the heart of the matter. He is professional, attentive and tirelessly dedicated. Above all, he has gone above and beyond the call of duty to make the best of a difficult situation, literally rising from his sick bed (thank you my McKenzie friend). I definitely felt supported and appreciated his honesty and level headed analysis, throughout. He gets his client thoroughly involved in the process and preparation for the case, which has the added value of helping the client understand the stage by stage process. His approach, analysis, applied logic and attention to detail, mark him as a master strategist. A valuable asset in any situation. He has a genuine interest in the well-being of his clients and I thank you so much for your help and guidance”

“Tahir is an excellent lawyer who understands what a client wants from him. He provides high quality professional legal services to us with a fast and efficient turn around. He has also added value by going beyond his instructions to give us satisfied clients. A person to look out for as he progresses in his legal career in the next few years which I expect to be distinctive and leader in his field.”

“I have worked with Tahir on a number of different matters, including property litigation and discrimination. Tahir has the ability to absorb complicated issues and simplify them. His research skills are second to none and has demonstrated his abilities with professional integrity. I have no hesitation in recommending Tahir as a lawyer.” 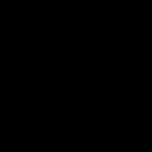