John joined Clerksroom in February 2019 as a civil practitioner with experience in the field of personal injury, credit hire (claimant and defendant) and commercial and consumer contract law. John is also regualrly instructed in property law matters (cohabitation, trusts of land and residential and commerical leases) and has an interest and some past experience in the field of employment law.

John is regularly instructed to appear in the County Court and is able to assist with the drafting of documents and the provision of written advice at any stage in proceedings.

John is prepared to consider instructions on a CFA basis in the right case and he is also qualified to accept instructions directly from members of the public and is further authorised to conduct litigation.

Prior to practising as a barrister, John was employed for 16 years as a full-time operational firefighter at busy city centre fire stations dealing with all manner of emergencies. It was whilst serving as a firefighter that John embarked upon a part-time law degree, eventually going on to qualify as a barrister in 2011.

After qualifying as a barrister and before starting in practice, John taught law at undergraduate and postgraduate level at Sheffield Hallam University (teaching Equity and Trusts, Land Law and Intellectual Property Law) before accepting a prestigious fixed-term position as a Judicial Assistant in the Court of Appeal to Lord Dyson, the then Master of the Rolls, in 2012/13.

When not practising or teaching law, John’s interests are mainly in sport and fitness. John has a particular interest in triathlon and he regularly competes in events around the country and overseas.

We don't have any client feedback for John Hardcastle at this time. 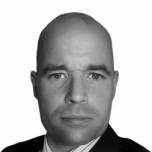