Gareth specialises in civil and commercial law and private children law. He is based in Walsall and attends courts throughout the Midlands.

Gareth's primary areas of practice are in civil and commercial law. He has a significant amount of experience in a wide range of civil matters including on appeal. Gareth’s civil practice is enhanced by his master’s degree in Commercial Law, for which he was awarded a Distinction and came top of his cohort in Banking Law. His attention to detail and the depth of his research win plaudits from clients, and as a small business owner he has a level of commercial awareness which gives him a deeper understanding of his clients' needs.

Gareth also has a growing practice in family law. He has represented parties in private law children proceedings before all levels of the judiciary in the lower courts. He has also advised and represented parties on appeal from first instance decisions. Gareth is happy to accept instructions in private law, as well as for injunctive relief, commensurate with his year of call. Clients appreciate the combination of excellent client care and straightforward, no-nonsense advice.

Away from court Gareth makes the transition from barrister to barista as a self-confessed coffee snob. He roasts his own beans and tries in vain to avoid getting the next bit of kit. In a twist on the usual joke, he also works on his conversational Bengali so that he can speak to his mother-in-law more. Bangladeshi words for foods are a speciality.

Articles and further information can be found on Gareth's website: http://birmingham-barrister.com

“I enrolled the services of Gareth for a Family Court Case (2020) and what a difference this man made. His understanding of what was important just by reading the case files prepared for him was excellent. His communication in final preparation was empathic and thorough to the point I believed I would succeed before attending court. His command of the courtroom was a joy to watch and the cross examination of all parties Gareth performed was again superb. Gareth was calm and full of honest application, keeping me informed of all possibilities throughout the day in court. I may be biased as I won the case but this was very much down to the knowledge of law and the application of the law that Gareth brought to my case and it was most definitely money well spent. Very highly recommended!”

“Gareth is beyond amazing. I was assisting a law firm with an issue, requiring relief from sanction on a matter and I needed Counsel. Gareth was recommended to me by Clerksroom. I’d never worked with Gareth before but it didn’t take long to install confidence in me. I would have no hesitation in instructing Gareth again, if anything, I would actively seek him out as a preference. ”

“Gareth is a dedicated and well prepared Advocate who goes the extra mile to meet the client’s objectives. Would highly recommend in family law cases.” 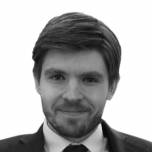