Raoul is currently co-located in London and the Republic of Ireland, where he and his partner have a permanent home. He practised for nearly 25 years as a tenant in a leading London commercial and employment set and has returned to private practice after spending 5 years assisting his partner in the restructure, relocation and management of her private nursery school business. He is, therefore, able to combine the substantial experience gained from a broad chancery, commercial and employment practice at the bar with the practical business experience gained from working in an in-house role.

As an advocate, Raoul has extensive experience in a wide variety of civil courts, tribunals, and other settings. He has delivered lectures and seminars on employment, pension, company and costs issues and has acted as an adjudicator for a Financial Services Compensation scheme. He was a regular participant under the ELAAS scheme in the Employment Appeal Tribunal and for the Bar Pro Bono Unit in the Court of Appeal.

Whilst working with his partner, Raoul undertook most of the internal legal work for the business. This included reviewing and amending terms and conditions of business, contracts and other documentation, drafting and reviewing policies and procedures to ensure compliance with relevant legislation and guidelines and liaising with the business’ external advisers. He managed an appeal to the business rating valuation of the new premises and generally performed the HR function for the business. This included ensuring TUPE compliance on the transfer of the business to a limited company and successfully handling and representing the company in an Employment Tribunal claim brought by a former employee.

Raoul is a specialist in both employment and chancery work. He has substantial experience in:

Raoul undertakes both contentious and non-contentious chancery and commercial work with particular expertise in company, landlord and tenant and property law, and customs duties.

Raoul has been involved in a wide variety of professional negligence claims, including claims against solicitors, surveyors and valuers, accountants, brokers and medical professionals. He also has represented professionals before various disciplinary tribunals. Raoul has experience of group litigation, having been involved in the HIV Haemophilia Litigation in the early 1990s.

It has been noted judicially that Raoul “clearly has a very considerable knowledge and experience” of matters relating to the powers of costs judges and costs (per Drake J in Skuse v Granada [1994] 1 WLR 1156). He has experience in both contentious and non-contentious costs matters and in the Supreme Court Costs Office.

Outside of practice at the bar, Raoul is currently the Vice-Chairman of the Murrisk Development Association in Ireland and actively participates in local campaigns and projects. He is also a former international swimmer, having represented Hong Kong at both Age Group and National levels. He still swims and competes as a Master at county, regional and national levels.

We don't have any client feedback for Raoul Downey at this time.

Other notable cases include: 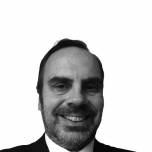