Huw Shepheard undertakes commercial and contractual disputes and public law litigation, advisory work and drafting over a range of practice areas and business sectors. He is a team player who enjoys working with lay and professional clients to identify and resolve problems in a way that is best suited to the client's needs.

Direct and decisive, Huw is a pragmatist in resolving disputes, prepares cases thoroughly and is an effective senior junior advocate. He prefers to get involved in cases at an early stage to ensure that any negotiation or dispute is managed to the best advantage through the courts or if appropriate, mediation or ADR.

Huw is an experienced advocate at all levels of court and tribunal. A leading barrister, he has presided over a public inquiry in Jersey and has worked overseas, including serving as the Attorney General of a British Overseas Territory. Huw is accredited to accept instructions on a public access basis.

After working as a Magistrates' Clerk for five years, Huw joined the Treasury Solicitor's Department and spent nine years handling a variety of government legal work, including judicial review, specialist prosecutions, Admiralty law, and regulatory practice. Huw then joined the finance industry in Jersey to establish the compliance/AML regime for one of the Island's large Trust Companies (and acted as in-house counsel advising on trust, contractual and tax issues). Subsequently, he worked in funds and investment compliance and as a general business and compliance consultant.

Following a short stint in a local authority handling employment and freedom of information issues as well as more general matters, Huw moved to Bermuda, where he was Crown Counsel/Acting Deputy Solicitor-General. While there, he travelled extensively as a member of the negotiating team seeking Tax Information Exchange Agreements and was a member of the Island's delegation to the OECD Peer Review Group on exchange of information. He also acted as an assessor for the OECD examining the effectiveness of TIEA mechanisms.

Huw then became Attorney General of the Turks and Caicos Islands, having responsibility for advising the Government of the Islands on all legal matters, including the aftermath of the 2009 Auld Commission of Inquiry, planning and development, land issues and the full range of government activity, and for prosecuting offences.

Huw is also happy to assist with personal injury work if asked, having undertaken many cases in the past at government level.

We don't have any client feedback for Huw Shepheard at this time. 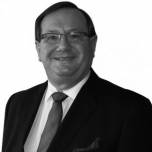