Jason has been an active mediator since 1997 (ADR Group). He is also head of the Property and Housing Litigation team at Russell-Cooke LLP. He extended his mediation qualifications to CEDR accreditation in 2018.

Whether as a solicitor or mediator, his primary approach is to help people and organisations avoid disputes, or resolve them.

As a solicitor, Jason "constantly drives matters towards resolution" (Legal 500 2019). He works equally hard for parties in mediation. He ensures he builds a rapport with all those involved, to help them work toward settlement as efficiently as they can. He loves the flexibility of thought and process that can be brought to a mediation, while preserving the integrity and principles of mediation.

As a mediator, Jason has worked in London, Birmingam, Bristol, Exeter and other cities. But he has also mediated in a field and some woods.

Before he joined Clerksroom, Jason had conducted around 90 mediations. Some examples are:

- Dispute over the sale and completion of a property contract, including a claim for damages (involving four parties) and a potential professional negligence claim;

- Dispute about rectification of a lease and for arrears of rent

- Dispute between a landlord and multiple tenants regarding service charges

- Disputes between a specialist lender to the agriculture industry and borrowers

- Rent review dispute between a landlord and student accommodation provider 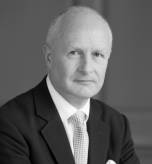