Based in Gibraltar and Overseas member of Clerksroom.

He has practised law in Gibraltar ever since, concentrating on Trust, Company, Admiralty, Conveyancing, Commercial and Civil Litigation. Nicholas was a founder member of the Bar Council Conveyencing Committee. He is a trust and estate practitioner and is currently the Chairman of the Association of Trust and Company Managers, and a member of the Gibraltar Finance Centre Council, a Government policy advisory committee.

Gibraltar is a peninsula of approximately three square miles at the southern tip of Spain. It is one of the legendary Pillars of Hercules, poised between the continents of Europe and Africa guarding the gateway to the Mediterranean.

Despite being only 11 km from Morocco the Rock's unique location on the Spanish mainland allows its six million visitors a year easy access to the Spanish and Portuguese tourist resorts of the Costa del Sol and Algarve. For those with an interest in golf Gibraltar provides an ideal set off point being within twenty five minutes of several of Europe's major golf courses including the venue for the 1997 Ryder Cup "Valderama".

Gibraltar has been a Crown Colony of the United Kingdom since 1713, enjoys political stability, and its sovereignty is assured by the Gibraltar Constitution in which Britain undertakes never to enter into arrangements which would place the people of Gibraltar under the sovereignty of another state against their freely and democratically expressed wishes. Defence, foreign policy and internal security remain the responsibility of the United Kingdom who appoints the Governor as the representative of the Crown in Gibraltar. In other matters however Gibraltar is self-governing. Laws known as Ordinances are passed in Gibraltar's House of Assembly by a freely and democratically elected Assembly.

Gibraltar enacts laws independently of the United Kingdom and maintains an independent tax status (a freedom which has greatly helped its development as a financial centre). Its legal system is nevertheless based on British common law and statutes. Lawyers and accountants are UK trained and qualified. The ultimate Court of Appeal is the Privy Council (in effect the UK House of Lords).

Gibraltar is an integral part of the European Union, its membership being assured by virtue of being a European Territory whose external relations are the responsibility of the United Kingdom. This enables Gibraltar to take advantage of the EU directives relating to banking, insurance and financial services. Article 28 of the 1972 UK Accession Treaty does however give Gibraltar a special status in that the common customs tariff, the common agricultural policy and the harmonisation of turnover taxes (in particular Value Added Tax) do not apply.

Gibraltar is "user friendly" and free of bureaucratic delays. Companies can be incorporated within a matter of days, "off the shelf" companies are readily available, documents can be notarised and legalised within Gibraltar itself, and costs are extremely competitive when compared with similar jurisdictions.

Gibraltar was the first European jurisdiction to offer the exempt company which allows a company to be controlled and managed from Gibraltar while still able to enjoy preferential tax status. The Government of Gibraltar have recently announced corporation tax will be abolished with effect July 2003 in what is a radical tax reform introduced with the objective of meeting all EU, OECD and other international initiatives which deal with the abolition of discriminatory tax regimes.

Gibraltar enjoys sophisticated communications; boasting satellite based digital telecommunications system and daily scheduled airline services with the UK. Alternatively Malaga on the Costa del Sol just an hour away from Gibraltar provides visitors with an international airport within easy access of the Rock.

The pound sterling is readily accepted at par with the Gibraltar pound, which is the official currency. There are no exchange controls and no capital gains taxes. Gibraltar is probably the most cost-effective jurisdiction within the EU.

Gibraltar has been at the forefront of good regulations and has not shirked at the prospect of facing the new financial order post 9/11 and the various international initiatives that have preceded or followed that tragic day. Gibraltar has been described by the British Government as a benchmark jurisdiction meeting and even surpassing all British and European regulatory standards. In October 2001 the IMF (International Monitory Fund) completed and reported on the jurisdiction giving it a glowing clean bill of health. This year the FATF (Financial Action Task Force) has once again confirmed that Gibraltar meets all regulatory standards with regards anti-money laundering provisions. Notwithstanding Gibraltar's high regulatory standards regulators, Government and industry have a very close non-bureaucratic relationship which is of great benefit to clients both corporate and personal wishing to do business in Gibraltar. 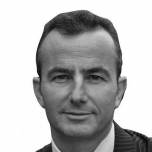