Richard works mainly in London and the South East in several areas of legal work. He is willing to accept solicitor, foreign lawyer and direct access instructions. Approachable, Richard is happy to personally take or return calls from prospective clients. He prides himself on providing cost-effective advice and representation as quickly and informally as possible.

Called to the bar in 1984, Richard is also admitted as a Californian attorney and has qualified as a fellow of the Chartered Institute of Arbitrators.

Richard undertakes all types and most levels of commercial disputes from those involving several million pounds down to consumer disputes.

Richard undertakes all aspects of professional negligence work and is willing to take on cases against solicitors and barristers.

He regularly acts in IP disputes particularly relating to the music industry.

Richard specialises in cases involving personal injury or illness that are not straightforward, particularly those where the claim is against the client’s own insurer, or where ME/CFS or food poisoning is involved.

Acting on various types of land and trust disputes, Richard recently appeared in a High Court matter which was a family dispute over ownership of valuable development land on the North Circular Road Intermedia v Ashia Centre and others [2020] EWHC 473 (Ch).

He advises on all types of construction disputes on large and small developments.

About a quarter of Richard's practice involves acting and advising upon financial remedy claims. He also undertakes private law children cases. Further details of this can be found on http://www.direct-family-barrister.co.uk/.

Richard is willing to consider most types of civil and regulatory work, though will not undertake criminal, immigration, public law children or tax cases.

Richard enjoys travel and is aiming to go to every country in the world. He is interested in Post-Soviet pseudo-states and is doing advanced research on Transnistria at Buckingham University. He enjoys sport, particularly playing tennis and following Watford FC.

We don't have any client feedback for Richard Colbey at this time.

Richard has written in many legal journals including The New Law Journal, The Solicitors Journal, The Journal of Personal Injury Litigation, Rent Review & Lease Renewal and Litigation.

He is the author of Residential Tenancies now in its fifth edition.

He has written several hundred columns for The Guardian on personal finance law.

He has written occasionally for The Guardian and other newspapers on football and travel.

A full length article in Wisden 1998 on cricket and the law “Court on the Boundary”. 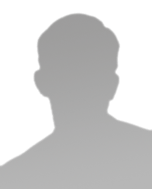