His experience includes both advisory and academic work. He has done much cross-border work, which ties in with his International Tax teaching. He has considerable experience advising HINWIs and has good connections to the Chinese HINWI market.

He is of German origin and lives part of the time in Berlin where his concert pianist wife is based. He is currently living in Germany during the Covid outbreak and is due to acquire a dual qualification as a German lawyer.

After graduating in law from London School of Economics and pupillage at Enterprise Chambers, 9 Old Square, Tom won an EU-wide competition to work as a lawyer-linguist for the Court of Justice of the European Union before joining the law faculty of King’s College London in 2005.

For 10 years, he was a full-time member of staff, variously as head of tax law and head of the MA degree in taxation at King’s.

During this time, he was also examiner in international tax for the Chartered Institute of Taxation and became a member of the tax faculty of the ICAEW.

He continues to teach part-time at King’s on its Masters degree in taxation, lecturing in international and EU tax law.

Tom has been in practice since 2007, initially working as a consultant for JAG Capital Advisors on the taxation of private equity and corporate finance (www.jagcapadivsors.com).

Here he advises both corporates and entrepreneurs on the legal and tax aspects of cross-border and purely UK transactions. Since 2018 he has also been a consultant to EIK, a London firm specialised in advising Chinese HNWIs.

We don't have any client feedback for Tom Wesel at this time.

Advising on EU merger of a UK online business into newly established Irish subsidiary as a tax-efficient response to its prospective difficulty in trading after Brexit.

Pre-immigration advice for a wealthy family moving to the UK to structure their assets in offshore holding vehicles so that capital can be extracted tax-free while UK resident and devolved to subsequent generations free of UK inheritance tax.

Advising Asian ultra-high net worth individuals who feared political persecution in their home states although their wealth was obtained lawfully on how to transfer their assets into a confidential and tax-efficient offshore structure.

Post-immigration advice for a UK-resident Olympic medal winner on mitigating UK tax and increasing his earnings by establishing a personal brand and image rights company to receive licensing income.

Advising a musician moving to France on the compatibility with EU law of UK capital allowance balancing charges on a deemed discontinuance of trade on emigration.

Structuring an offshore investment fund for a group of entrepreneurs investing the proceeds of sale of their pharmaceutical business. The capital was managed from London at low UK tax cost and invested mainly in the United States stock and bond markets in a form that avoids US withholding taxes

Contributor to Norfolk & Montagu on the Taxation of Interest and Debt Finance, Bloomsbury Publications - https://www.worldcat.org/title/norfolk-and-montagus-taxation-of-interest-and-debt-finance/oclc/751665517

Co-editor of forthcoming new edition of Shipwright & Price on UK Taxation and Intellectual Property, to be published by Spiramus Press. 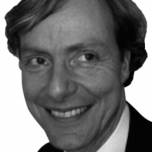