As a Planning and Public Law Barrister and Litigation Specialist, Simon is passionate about good, fair decision making in public life. Called to the Bar in 2003, he has worked in many legal areas including criminal law, before specialising in planning and public law. Simon is a skilled litigator with experience of acting in all levels of courts in England and Wales.

During his legal career, Simon has been involved in advising on many high-profile projects including HS2, the expansion of the UK’s airport capacity and the effects of Brexit on the UK. Over the course of these projects, he developed his interest in planning and public law, infrastructure litigation, judicial reviews, resolving regulatory law issues, compulsory purchase and land use work.

Having completed the direct access course, Simon can be instructed directly by members of the public as well as by solicitors. Simon also provides advice and assistance to local authorities to help them make good public law decisions, as well as acting for individuals where they feel the wrong public law decisions have been made.

When not in court, Simon enjoys spending time with his two young children as well as gardening and cooking. He also has a cider press and makes his own Kentish cider.

“Simon took on our case at short notice. He offered invaluable legal advice and dealt with our case in a swift and brilliant way. His professionalism, attention to detail, sincerity and empathy reassured us that we made a superb choice. We could not have asked for a better Barrister to represent us”

“I cannot put into words just how much Simon helped us. How genuine and kind he has been and how he's held our hands through all the things we were completely clueless on how to deal with. Simon spent so much time on our case. Nothing was ever too much. He even worked during his holiday and on weekends, which I felt so bad about but also so extremely grateful. Because it was a very critical window we were working to. He is the only person we have dealt with in all of this that was true to his word and in fact did more for us than we could have ever expected. Simon, thank you for being so diligent, so fantastic at what you do and for just being all round amazing! ”

“Simon was absolutely amazing at helping us with our case against the council. It has been such a long and hard battle and we were beginning to lose faith. We only wish that we had instructed Simon sooner as all his help and advice was invaluable! The leaps that Simon made in such a short space of time were phenomenal. Thank you for all your help, support and knowledge. We could not have gotten where we are without you. ”

“Simon Bell- a great choice for a barrister on planning and transport matters! Simon Bell is a great barrister who has served us very well. He has really gone the extra mile when we know he has been very busy, juggling multiple priorities. He is very approachable, very responsive and we know that he is genuinely interested in our case, which is deeply reassuring when it the little guys taking on public institutions! We have no hesitation in recommending him to others. ”

Mr. Justice Holgate has today handed down judgment in R (oao Zoe Dawes) v Birmingham City Council [2021] EWHC 1676 (Admin) a claim brought by Miss. Dawes in respect of Birmingham City Council’s decision to execute a General Vesting Declaration (the “GVD”) on 13th August 2020 to vest the title of her property in the Council.  The GVD was executed in furtherance of the Birmingham City Council (Acocks Green, Hodge Hill, Handsworth, Kings Heath, Selly Oak, Yardley, Moseley, Tyseley and Sutton Coldfield) (Empty Properties) Part II Housing Act 1985 Compulsory Purchase Order (No. 13) 2018, which was confirmed by the Secretary of State for Housing Communities and Local Government on 4th June 2019.  This CPO was confirmed as part of a city-wide policy to bring dilapidated and uninhabited houses back into occupation.

The claim before Holgate J was that the Council had been wrong to execute the GVD on three grounds:

It should be noted, however, that in respect of challenges brought to GVDs seeking to rely on grounds raising the PSED or Article 8, Holgate J expressed reservations in his judgment as to whether or not such grounds can form the basis of challenging a GVD or, indeed a Notice to Treat, where such issues had not been raised in relation to the CPO itself.  The Court considered this to be an issue that will need consideration in future cases, and in more depth.

Simon Bell acted for the successful Claimant in this matter under a direct access instruction via Clerksroom Direct. 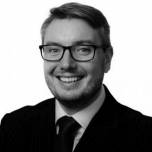