Described in court as an “Iron fist in a velvet glove”, Legal 500 says Joseph Giret “puts people at ease exceptionally easily”. His practice is a blend of advisory, drafting and court appearances through litigation. Qualified under the Direct Public Access scheme., Joseph accepts instructions directly from members of the public and professional clients.

With 35 years of experience, Joseph puts his clients’ best interests front and centre. A problem solver, he delivers sensible and appropriate solutions whilst being “one of the most approachable and friendly QC’s we have had the pleasure to instruct”.

Joseph has lived and worked in the offshore jurisdiction of Bermuda, which operates under an American-style fused profession model. While in Bermuda, he has worked closely with attorneys from the USA and with very high net worth company representatives.

Joseph enjoys a formidable reputation for his civil and commercial expertise, which includes:

Recognised by the Legal 500 as a leading commercial silk, Joseph is a specialist commercial law barrister with an emphasis on insolvency law and company law. He has particular experience advising and representing clients in a wide range of high-value commercial disputes, breach of contract, trademark disputes and franchise agreements. His experience also extends to advising and representing legal and financial professionals in claims for liability.

Joseph's experience includes all types of regulatory disputes, advising on regulatory aspects of sports law, the Royal Pharmaceutical Society and The GMC. He has had the conduct of disputes with HMRC offences (VAT, Company Act and Tax issues), insider share dealings, as well as fraud, bribery and corruption allegations. He is a highly experienced yachtsman with experience in marine law issues.

Joseph leads legal teams in lengthy and complex trials, acting at every tribunal level. He also acts for parties involved in mediation and arbitration.

We don't have any client feedback for Joseph Giret QC at this time. 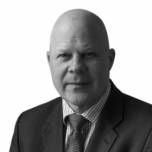