His expertise is in contract (commercial and consumer), commercial and business law, equitable claims and disputes, common law including professional and non-professional negligence and cross border law and practice including EU Law. He provides representation, drafting and advocacy in these areas. He has extensive advocacy experience before UK courts and Tribunals. He combines a high level of forensic skill and attention to detail with an ability to effectively analyse and communicate complex legal problems.


He has 35 years’ PQE which included training in a leading commercial set in London (2 Essex Court now Quadrant Chambers). He was pupil to Nigel Teare (now Mr Justice Teare) who is currently the judge in charge of the commercial court. He gained a wide rane of experience in the spehre of commercail litigation and arbitratration including commercial contract disputes, banking and regulatory work, disputes in specialista areas  including  aviation law and the carraige of goods by sea and the law of the European Union. He was regularly involved in disputes before the higher appellate courts. He lalso  has xperience working with one of Spain's leading commercial firms in Barcelona and with leading West End commercial law firm Fox and Gibbons prior to its incorporation by Dentons.

He has been involved in cases at all levels in the civil court system including landmark decisions such as Leigh & Sillivan v Aliakmon Shipping, a leading authority on pure economic loss in tort. Graeme is available to provide his services to solicitors and law firms on an instructed or consultancy basis. He understands the needs and expectations of clients in his areas of specialism. He also represents limited companies and partnerships on a retained or ad hoc basis. He has full rights of audience in all courts in England and Wales. He has provided specialist seminars to both barristers and solicitors in his areas of specialism and is highly regarded as a speaker.


Specialist areas of practice include;

“‘Excellent...Graeme has sifted through complex judgments and distilled them into easily understandable principles. He has been engaging, charismatic and has produced great practical examples and a structured approach for analysing the key issues.’” 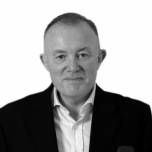