Located in Edinburgh, William is a highly experienced and client focused barrister with a wide ranging international practice. Described by independent legal directories as "user friendly and responsive" and as "persuasive and well prepared" and "outstanding" in relation to international arbitration. Specialist in the main areas of:

William specialises in international arbitration and mediation. He has significant experience in dispute resolution in the Middle East and since 2010 has acted as counsel in many of the leading cases before the Dubai World Tribunal (DWT), including successfully representing the Claimants in the first trial with witnesses before the tribunal, which is presided over by former UK Court of Appeal judges. He represented the former CEO and Chief General Counsel of the world's one time largest property developer in separate actions against their former employer.
William has a wide experience in real estate and construction related disputes. He has acted for a number of UK investors in arbitrations and tribunal hearings in respect of actions relating to the collapse of the offshore World project in Dubai. He has been involved in financial disputes, including the collapse of a hedge fund and a negligence based class action against a leading international bank.
Successfully represented the Claimants as sole counsel in an AED 250m unfair termination arbitration relating to the construction of a twin-tower block in Dubai, and was junior counsel in an arbitration involving the quality of the construction of the largest structure of its kind in the world.
William has a good knowledge of various institutional arbitration bodies including the LCIA, ICC, DIAC and ICSID and has significant experience in advising clients on both jurisdiction and enforcement related issues in the field of arbitration. Recently instructed in a $250 ICSID arbitration (energy dispute) and is currently instructed in an ICSID denial of justice claim.

We don't have any client feedback for William Frain-Bell at this time. 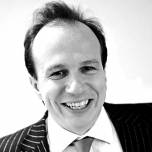