Louise was called to the bar in 2009. Louise is an experienced advocate in the county courts having previously worked for LPC and Ashley Taylors. Louise has conducted thousands of hearings of various shapes and sizes over the past 10 years, in addition to taking time out for the family.

Very happy to help with:

Having completed a commercial pupillage, Louise joined Clerksroom and remains an associate with Elysium Chambers in Chester & Liverpool. Louise has worked closely with experienced Counsel and has been exposed to high-value litigation in areas such as professional negligence, breach of contract and taxation. Louise has also covered various non-contentious areas of work such as estate planning, trusts and wills. Louise has undertaken Direct Access work through her Pupil Supervisor, Richard Gray.

During her first six, Louise was given the opportunity and responsibility to draft legal documents such as share purchase agreements, corporate powers of attorney and trust documents, as well as assisting in the provision of corporate services more generally, including advice on director’s duties, minority shareholder rights and derivative actions. Louise hopes to expand this area of practice in due course and would welcome any opportunity to develop contacts with solicitors able to help provide opportunities.

In her second six, Louise was instructed to act for a Claimant in respect of an application to establish a constructive trust and successfully argued that the spouse in occupation was entitled to a 50% interest in property held solely by her husband in the face of a lack of supporting evidence and a trustee in bankruptcy in opposition. The area of trust law and bankruptcy continues to be a key area of interest.

Prior to securing pupillage Louise represented clients at thousands of hearings as a County Court Advocate in the fields of commercial, chancery and general civil law. An experienced advocate in the areas of insolvency and personal injury as well as repossession and enforcement proceedings such as return of goods and charging order applications.

Previously, Louise has also worked as a legal advisor for DWF LLP managing her own caseload involving claims on all three tracks. She is experienced and confident in dealing with the difficulties facing professional and lay clients throughout the litigation process. In addition, Louise has marshalled at the Manchester Civil Justice Centre and Preston Combined Courts Centre.

On a personal note, Louise has a young family and spends much of her spare time travelling, doing usual kids stuff with an emphasis on learning new languages. Louise and her kids support Everton FC so she has asked I.T. to remove this part of her profile as she does not wish to upset half of the solicitors in Liverpool.

We don't have any client feedback for Louise Boothroyd at this time. 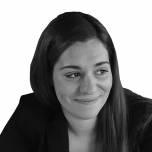