Robert joined Clerksroom from a City solicitors’ firm, where he worked as an employed barrister dealing with commercial and financial services litigation and contentious insolvency.  Previously he was employed by the Jersey government in developing financial legislation and regulation.

Robert has an impressive intellect, having received a first-class degree from Cambridge.  He combines this with a real interest in his clients as people, and was described by one client as “logical but kind”.  His approach to litigation is tactically astute and always focussed on the client’s ultimate commercial goal.

Robert is accredited to accept instructions on a public access basis and is always happy to discuss informally how he might assist.

When he is not working Robert enjoys running, opera and strategy games.

Robert is instructed in both personal and corporate insolvency matters and represents both creditors and debtors.  His experience includes seeking or resisting bankruptcy and winding up petitions, validation orders and injunctions restraining presentation or advertisement.

Robert is regularly instructed in both mortgage and landlord possession claims, representing either party.  He also acts in and advises on co-ownership disputes.

Robert has acted and advised in various company law matters, including shareholder disputes and directors' liabilities.

Robert has an expanding practice in employment and is frequently instructed to appear on preliminary and final hearings, usually in the London tribunals, but also as far afield as Bristol.  His experience includes claims for unfair dismissal, constructive dismissal, sex, race, religious and disability discrimination and unlawful deductions.  He is always happy to advise at an early stage, as this can often avoid the need to go to tribunal at all.

“Mr Jones displays a meticulous attention to detail and his forensic skills are second to none when it comes to contract analysis and CPR procedures including those of the High Court.”

“We would like to thank Robert Jones for all his hard work on our Employment law cases. We have instructed Robert on a number of occasions and were very pleased with the results, not to mention that our clients were absolutely impressed with Robert's professionalism and expertise. Robert is an excellent advocate with a brilliant mind and superb cross-examination skills. We highly recommend Robert, as he is very reliable and is an absolute pleasure to work with. ” 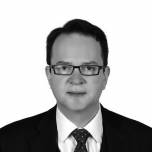