Mark Monaghan joined Clerksroom in 2012 having moved from chambers in South Wales to practise in his native North West. He is based near Lancaster and his existing practice takes him nationwide.

Mark's regular solicitors find him to be humorous, approachable, down to earth and happy to discuss any matter informally, whilst retaining a sharp and focused approach to his advocacy. He transferred to the Bar following a commercial management career in the construction industry, the experience of which he brings to bear in his approach, not only to his caseload but also his own practice.

Having recently moved to the North West, Mark is particularly interested in making new contacts in the region and welcomes any opportunity to discuss ways in which he can help.

When not spending time with his children, Mark is gradually reacquainting himself with the golf courses of Lancashire and Cumbria.

“I was really impressed with Mark (Monaghan). He was well prepared, thorough and pro-active when getting the case ready for Trial. He put my client at ease with his down to earth manner and explained everything clearly to them throughout the Trial process. I will not hesitate to use Mark again and would highly recommend his services. (construction case) ”

“Just a quick line to thank Mark [Monaghan] for his assistance on this matter. Having stepped into the breach late in the day to deal with the trial of this matter, which was not without its difficulties, I found him to be extremely approachable, well prepared, pro- active & client friendly. He demonstrated excellent technical and tactical awareness in the way the case was presented, which contributed in large measure to achieving a positive outcome. I look forward to working with him in the future. [Multi Track Personal Injury case] ” 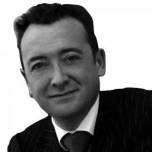